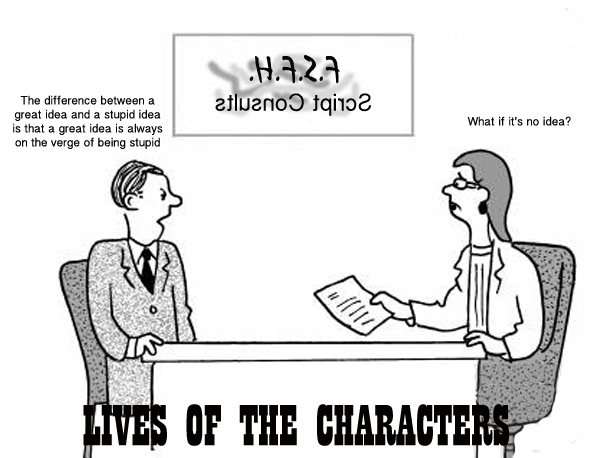 Despite the ever-popular (tho oft-unspoken) notion that the world owes you a living, it ought to be clear by now that when it comes to putting your stuff down on paper, the world owes you nothing at all. What are you offering that it doesn’t already have? Most people are so caught up in their own stuff, so mesmerised by the horror, that it’s pretty unlikely they’re going to interrupt what they’re doing to pay attention to what you’ve already done, specially if they’ve had no part it in.You have to earn your audience, or create one. But know this - no one owes you (or me) a damn thing, and to believe that they do is only going to exhaust your energies and waste your time.
Okay, so you’ve struggled, so you’ve made noble efforts, so you’ve gone for weeks, months, years, scrapping together enough hope just to survive. So what? Drama is about transformation. Good writing is never conditional. It always arises from, and is sustained and completed (where possible) by, an inner necessity.”

Posted by Unknown at Wednesday, September 24, 2014 No comments: Links to this post "One reason it’s difficult for writers to take chances with their stories and screenplays is because they don’t do it in their own lives. If you wanna create something that is fresh and alive and surprising, you can’t have it already worked out and known before you make the journey. I used to tell my students about the value of reading their scripts to strangers on buses. Not so they could elicit an opinion from someone that they didn’t know, but because it was a very palpable way of altering their psychical distance to the story and its characters. You’ve got to be prepared to do the unexpected, don’t be afraid to take wrong turns, open unmarked doors., cultivate a passion for doing without the guarantee of how it’ll turn out. Too many adventures are lost in the slackness of waiting to think up of a plan. Make interesting choices and evermore interesting mistakes. You are the future, and it is always acting NOW."


Posted by Unknown at Wednesday, September 24, 2014 No comments: Links to this post 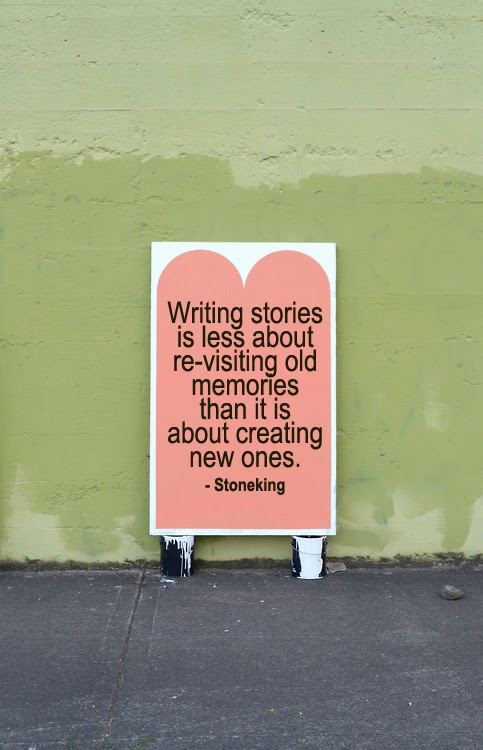 I hate to be the one to break the news, not that it should be news, but predictability breeds predictability. You can’t plan for surprise, or freshness, or originality. You can’t consciously choose those things either. The choice is not to be or not to be; the choice is to dance or not to dance. The best choices are those that arrive effortlessly through the natural movement of characters motivated by needs and fears, they are made by the story, by its music, atonal though it may be. What the story shows us, and what it goads us towards, is openness, effortlessness, spontaneity. It is never the story that resists these impulses, only ourselves, clutched by an unmanaged fear that were we free enough to let the story become whatever it might be, it would expose something better left hidden, thus opening us to attack or derision. It is a prospect many find too painful to even contemplate, and so they make story into a fortress instead of an escape plan.
Posted by Unknown at Monday, September 22, 2014 No comments: Links to this post 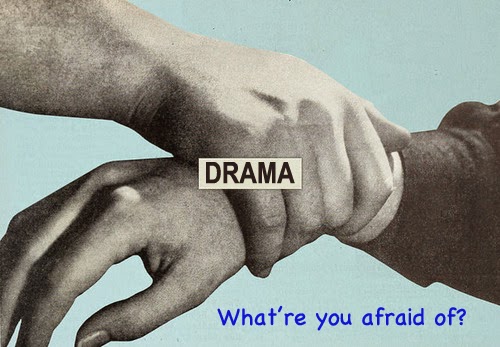 “In order to enter intimately into the emotional life of the story’s characters, it is necessary that you cultivate and play out a relationship with your audience. The answer to the question “who is it for?” is not “everyone”. It’s not even “the 18- to 25-year-old age group” or whatever other group you have in mind. A percentage or description of some faceless mob is creatively useless from a storytelling perspective.  To have any hope at all of entering the drama, you have to imagine and then address your audience, and, at times, become that audience.  But who, exactly, is one’s audience? Quite simply, it is that person who is fundamentally opposed to the thematic premise of what you are writing about. Audience is adversary, the writer's opposition - the person to whom the story is addressed, a person with whom you are on intimate terms, like your mother or father, your son or your daughter, or lover or the ex-, or some colleague who maybe saved your life once, but is antagonised by the underlying values or philosophy dramatised by the story  – some person whom you imagine is capable of being changed or moved or healed by the experience of the story you are telling; in short, someone who needs it. Effective, character-based storytelling is impossible without this intimate sense of audience – not as a demographic but as an imaginative act.”
Posted by Unknown at Wednesday, September 10, 2014 No comments: Links to this post 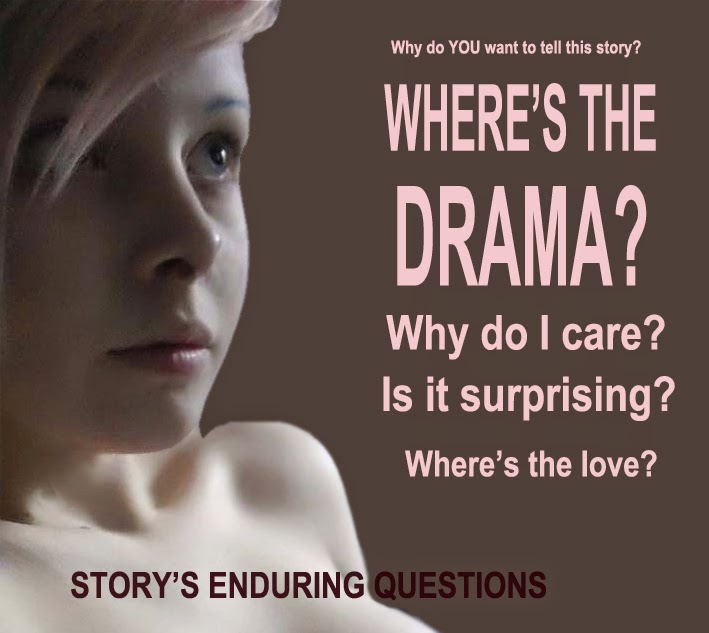 “When it comes to scenes be obsessive. The scene is the equivalent of a sentence - it presents a complete dramatic ‘idea’ (action) that moves the story forward. Every scene offers the writer another opportunity to take a risk. The accumulation of risks taken makes the story that is being told compelling. Read through each scene, revising and beefing up the emotional energy. Don’t simply look at and work with the broad swept of the narrative. Every scene has a beginning, middle and end that asks you to take a chance - every scene is a manageable miniature of the big story that beckons to you to create an explosion, either large or small. String enough of these together in an unexpected and credible way, and you’ve got a story.”

Posted by Unknown at Wednesday, September 10, 2014 No comments: Links to this post 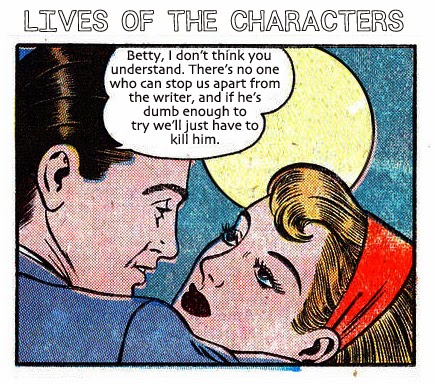 “To work as a medium, channeling characters and stories, is to immerse yourself in a “show” that is being performed by some thing other than yourself, to acknowledge that there’s no way of entering a story other than surrendering to it, and allowing it to enter you. When when this happens, the usual demarcations that separate the dreamer from the dream are erased. In jettisoning the ego-centric “self that creates”, we surrender our need to manipulate and judge, and allow ourselves to be told by the story that is continually becoming present, not-yet.”
Posted by Unknown at Sunday, September 07, 2014 2 comments: Links to this post

“Audience is that person or collection of persons - that embodied mindfulness - to whom and to which the writer looks in order to have his/her writing and its worth confirmed, and by that confirmation to have some kind of presence in the audience, the finest expression of which is love. Secretly and usually with suitable humility, the writer waits, ever watchful, for the YES that is the catalyst for his or her confirmation of being. “The audience acknowledges me, therefore I exist.” But the great sadness is always there, no matter how famous or popular the writer becomes, or how ignored s/he remains - so long as the writer, storyteller, poet, actor, artist, refuses to recognise that the audience is within, not without.”
MORE ABOUT AUDIENCE
Posted by Unknown at Sunday, September 07, 2014 No comments: Links to this post 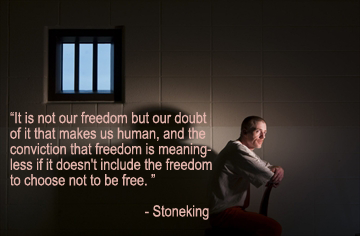 Serious drama is always an account of the damage, the woundings inflicted by one's tribe and the tribes of others, the limits imposed by history that one accepts and embraces in order to be seen and heard. We tell our stories out of these wounds, out of the damage done by family, school, history and frustrated desire, believing we are answerable to all of these, or that they are answerable to us. Family, school, history and desire are where our sins and shortcomings live. 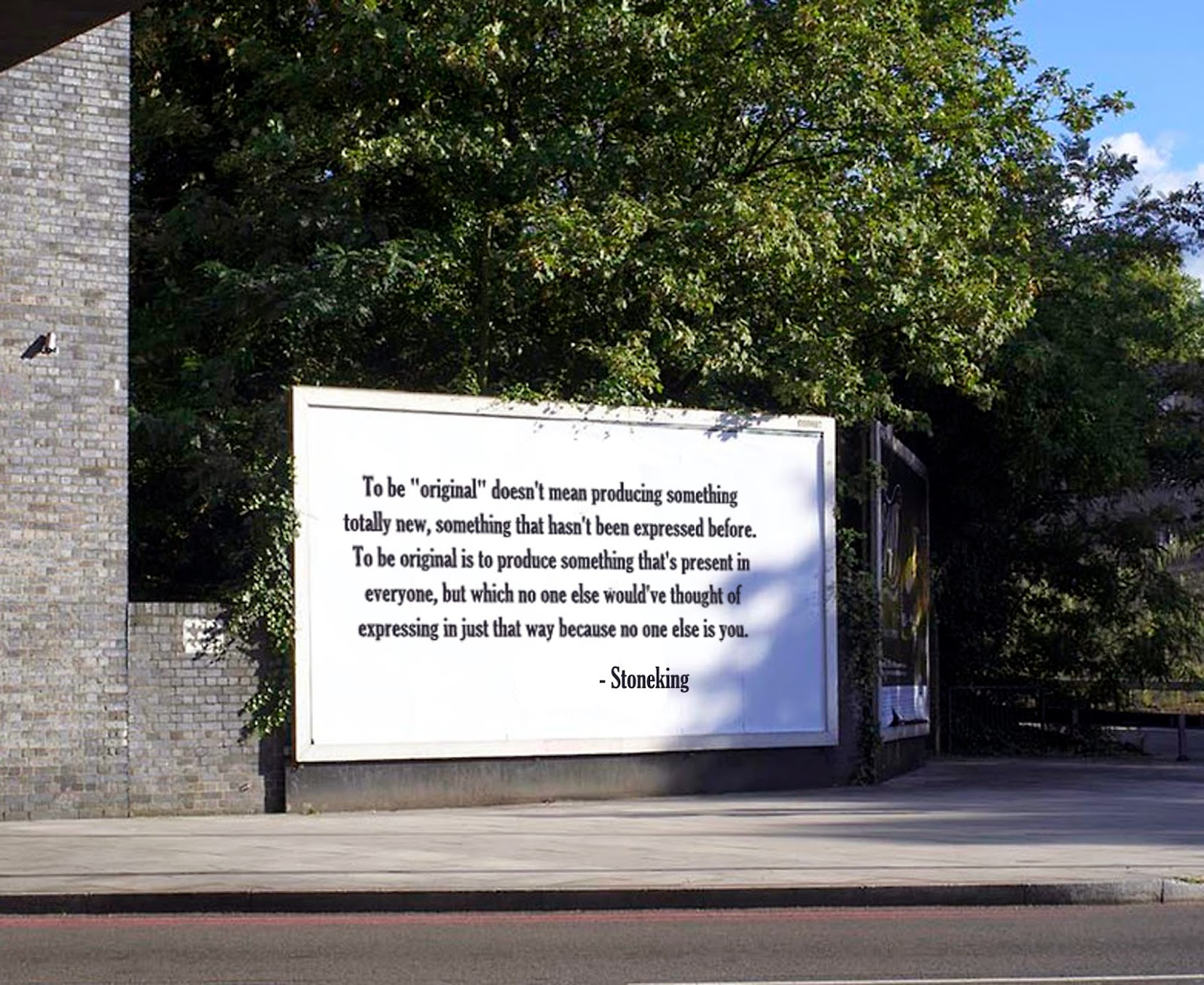 To be "original" doesn't mean producing something totally new, something that hasn't been expressed before. To be original is to produce something that's present in everyone, but which no one else would've thought of expressing in just that way because no one else is you. 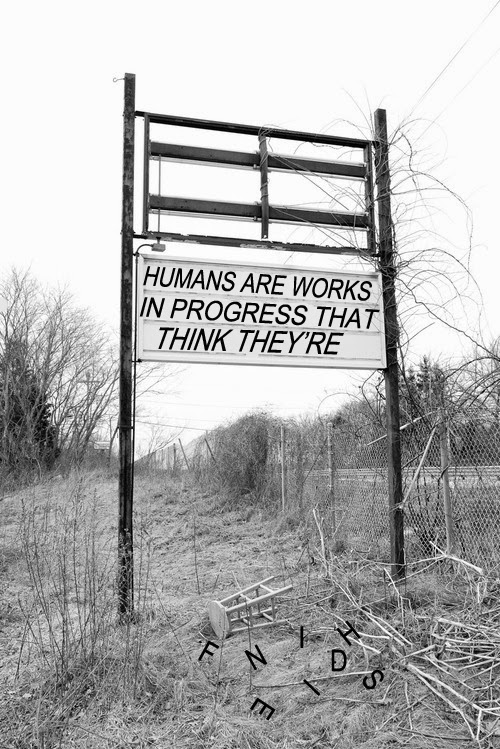