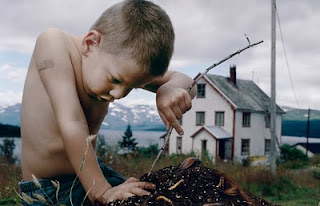 "Right now it's only a notion, but I think I can get the money to make it into a concept, and later turn it into an idea." - Woody Allen


I think it was Frank Pierson that first told me about the writer whose first feature won an Academy Award for "Best Screenplay" and how he worked for20 years afterwards, writing screenplay after screenplay (and making quite a good living at it), before getting the next one up, which, by the way, also won an Academy Award. On first hearing this I thought: "...hmmm, long time between drinks."

Pierson's point was that the writer had made a career for himself on the strength of a lot of talent, one Oscar, and an endless supply of development money. The writer, Horton Foote, certainly had talent, but let's try to contain our enthusiasm when it comes to development grants. Sure, they temporarily validate your existence - "look, they gave me money! - I exist!" - but that doesn't necessarily mean the screenplay upon which the lolly has been bestowed is worth the paper it's written on.

Don't get me wrong. I'm not saying that worthy screenplays are never funded; it's just that in nearly ten years of reading everything that's been thrown at me, there are only a handful that generated enough excitement to make me forget I was turning the pages, and only a few of those were ever actually made.

Everyone knows the old adage, "It's not WHAT you know but WHO you know". I wish I had a dollar for everyone who had ever complained about how someone else got the grant or the prize because they had a friend in high places. I don't begrudge friends in high places; I only wish they knew more about Drama... A LOT more about Drama, which is the life-blood of that most peculiar and seemingly uncontollable form of artistic expression known to humanity, namely filmmaking. Unfortunately, thei ignorance of friends - not to mention our own - leaves an after-taste in the mouths of audiences, who, apart from the filmmaker's family and friends, invariably wind up becoming vocal advocates for why you shouldn't see the movie.

Dramatic screen storytelling isn't quantum physics, though it some times looks like it. When it doesn't, it more closely resembles a backroom in some over-stuffed Thrift Shop of the Soul, where the deaf and bind paw over a morass of secondhand ideas in search of the next resurrection. If only it were that good!

The industry seems to require judges - watchpeople on the gates of the City of Light, guarding the public taste, making decisions about what is worth seeing. So be it. But, ah! how much more exciting and worthy of conversation it would be if the gaggle of readers, assessors, project officers and producers were more intimately acquainted with the BEAST. And what a beast it is! That "heart of darkness" that requires nothing short of a subconscious in which to shelter itself. Drama is NOT pretty,nor is it safe or respectacle. It presents us with everything we would ran away from if we encountered it in our lounge room or on the street. Too bad, those who sit in judge of scripts also run away from it when they all too infrequently encounter it on the page.

But do not despair. Your fate and that of your story/screenplay/film is not really in their hands. It resides in a much more dangerous place that - in YOUR hands! One might lament, even unto death, how one missed out, how someone else got the money, how a lesser talent was recognised and plucked from oblivion... but be careful. The hands pluck you from oblivion, are also capable of returning you there. Where the the writing we have lost in development? Teach us to type and not to type; teach us to sit still! Never ask for the money out of fear; never seek the gold out of a need to prove you exist. If you only ever went to "them" when you didn't need them, they would never refuse you. If you NEED them, they will disrespect you! This is the truth:

Your script is in YOUR hands; you the master/mistress of your own destiny, so long as you work obsessively (mediumistically) with the relationhips that are your story's life - namely, with your characters, with your audience and with your tribe/s. Of course, like Chaplin, you may start out with no idea at all as to who these characters are, but as Charlie himself realised: "...the moment I was dressed, the clothes and the make-up... I began to know (the tramp), and by the time I walked onto the stage he was fully born."

In the midst of working obsessively one enters the Drama that IS the screenplay, and by this movement - into the heart of ALL of the characters - one is able to transform every boundary, expectation and prejudice. In the act of becoming a MEDIUM for character, one crosses the border from script development to self-development, escaping the mediocrity and quiet desperation that comes from believing one doesn't already have what one needs.
Posted by Unknown at Wednesday, April 01, 2009 2 comments: Links to this post