A NOTE ABOUT BECOMING A MEDIUM 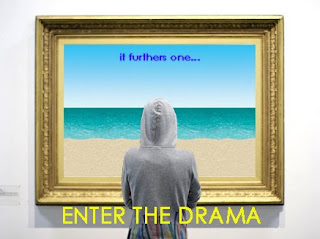 When the painter, Jackson Pollock, spoke of a painting as having "a life of its own," he underscored the core insight and action of every creative artist. To create anything (as opposed to merely "copying") is to work as a MEDIUM.


The workings of the Mediumistic Filmmaker/Artist/Storyteller present a way of Being that is familiar to anyone that has overcome the fear, stagnation and unfocused idleness of habit (read: technique, method, formula) that is antithetical to every act of authentic creation.


Stop thinking of film, costume, words, paint, clay as mediums of artistic expression!! - they are the MEANS of expression - the tools employed in the act of expressing the MEDIUM, which is always the ARTIST and the artist's VISION as it tears out of his/her soul.


As such, "the position of the artist is humble; (he/she) is essentially a channel." (Piet Mondrian)


To work as a MEDIUM is to ACT as character, in concert with all the other characters necessary for finding the drama.


Storytelling is an act of Love. The imposition of formula, method or template to the finding of story is invariably unsatisfying, not because structure and pattern are unimportant but because formula is NOT structure, anymore than the numerals on a paint-by-numbers canvas board are the painting. The resort to formula is too often merely an expression of the fear that renders love impotent.


There are no methods or sure-fire techniques for dealing with these fears and anxieties other than stepping off the cliff, or entering the belly of the beast, or spending 40 days and nights in the desert. The most difficult part of any journey is taking the first step.


The long dark night of the soul is not merely a condition of salvation, but is an act of openness, of faith, of love.


No matter how desperately one manipulates the playing pieces to win a game, the game itself is not worth winning so long as transformation has been left out. Art is not about self-expression, so much as it is about self-transformation, and in the art of finding the story ALL of the characters - including the storyteller - are transformed.
Posted by Unknown at Friday, December 18, 2009 No comments: Links to this post 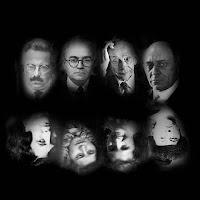 "You specialize in something until one day you find it is specializing in you." - Arthur Miller

Dialogical cinema cannot be meaningfully reduced or pigeonholed into any preconceived genres or categories. It is not a style, so much as the essence of style - the source of freshness and originality that defies elucidation in terms of either a linear or non-linear form of narrative. It is not limited to or subsumed by experimental, alternative or hybrid films or filmmakers, nor is it susceptible to description by means of appeal to the conventional jargon that is commonly employed in delineating and analysing the usual component processes of that most unusual of obsessions, that strangely occult occupation that calls characters out of the darkness to enact and play-out their dramas round and within the virtual campfire of cinematic storytelling.

Whether the story is fictional or factional, whether the screen is large or small, in a theatre or on one’s laptop, it is the interactive impulse made present that is the core of the dramatic action and the soul of character-based, screen drama. From idea to script to production through to post, an dynamic and interactive environment continually shapes and paces the emotional energies expressed by the actions of all of the characters necessary to the finding the drama.

Depending upon one’s perspective, and at which point one embarks upon one’s relationship with the characters, the dialogic operating within, behind and through the characters’ actions may be viewed as either a process or an outcome, or both. It is important, therefore, not to interpret “Dialogical Cinema” as merely a consequence or product of a certain kind of methodology. Likewise, it would be inexact to think and speak of it merely as a technique for the development of story.

Dialogical cinema is not noun but verb – a doing more than a having. One can DO it much more effectively than one can possess it, and has little if anything to do with what one knows, for knowledge is of no use to it. Indeed, knowledge is almost always its enemy.

The central question facing the prospective screen storyteller is where do I position myself in terms of the drama? Basically, there are only two choices: in or out. One is either inside the drama, or a mere spectator. Alas, the experience of viewing a spectator-generated film is something with which most of us are all-too-familiar; it is equivalent to, and about as exciting as, listening to a blow-by-blow account of a heavyweight-title fight filtered through the intermediary of some guy who heard about it from some guy who heard it on radio.

Far too many screenwriters, “create” their stories at arms-length, or even farther. Whether it be due to a fear of “cheesiness” or simply a lack of insight or an impoverishment of taste, the great majority of screen storytellers – would-bes and already-have-beens - creep uncertainly into that most dangerous region on Earth – the world of character-driven drama.

Screenwriting programmes, cameras, lighting rigs, sound recording devices, monitors and editing software; the deals and tax breaks, the casting agencies and training schools that feed into the materialisation of the dream - that make it shareable – all of these are unquestionably necessary to the enterprise. However, regardless of how important they may be – and I often wonder whether films schools generally are a boon or a bust as far as eliciting native creativity is concerned - they are merely the MEANS by which a story is told. The means, unfortunately, is of little use without a MEDIUM.

To effectively enter the world of character-based drama, both cast and crew must work as mediums. The job of the medium is to conduct emotional energy – to be open and receptive to it, to continually free it and keep it moving and building and releasing according the deep emotional logic of the characters’ actions and understandings.

Dialogical cinema is revolutionary, not necessarily in a political sense, or even aesthetically; but as a powerful, living energy that flows freely every time a screen storyteller has to courage to relinquish control, to set aside the sophisticated chauvinism that refuses to treat the other characters as less than one’s equals.

The success of any dramatic screen story – its ability to move us, to change us – depends on the quality of the interactions that occur both inside and outside the script. The evolution – or “making present” – of any story world, is necessarily interactive. Indeed, the dialogical drama can have no being apart from the living interaction of MEDIUMS – a collaboration whose alchemical-like union swirls with equal amounts of dread and delight around and within the field of original characters whose problems, goals, plans, anxieties and points of view are made fully present only when the emotional energies at play are conducted mediumistically.

Media is best conducted when conducted by mediums. But it will always do whatever it is told to do by whoever is manipulating it. The written word has given us The Koran as well as Mein Kampf, and the advertising jingle employs the same seven-note scale as Beethoven’s Pastoral.

Every dramatic story develops from the interactions of those characters relevant to the story’s natural history and final cause. However, if one works only with the characters in the script, one aborts whatever opportunities the other characters had to become actively involved in living the drama, and thus contribute to its potency. The damage done by storytellers whose ignorance of these characters is allowed to pass unchallenged and uncriticised, thus subverting the potential of the story that is trying to birth itself, is incalculable.

Standing in marked contrast to this narrow-minded, fearful, and controlling style of filmmaking, is Dialogical Cinema, in which ALL of the characters relevant to the finding of story are engaged and interacting with one another. One of the great – and mostly ignored - lessons of the new, so-called interactive media is that it provides a rather vivid metaphor of a largely hidden process whose usual domain is the imagination. It externalises the fundamental dialogical relationships and elements of mediumship in ways that the black squiggles of a written language seem less and less able to convey with any degree of power or eloquence.

But the “new media” is only another means to an end, in a universe teeming with means, and like any other means for expression must go begging for a storyteller – who is ready and eager to step away from the “second-life” we so carelessly and habitually understand as “reality” and take up the adventure that is the true and enduring territory of the MEDIUM.
Posted by Unknown at Thursday, December 10, 2009 No comments: Links to this post