FILMMAKING AS EXPERIENCE - The Art of Reaching into the Unknown

"Form is a character of every experience that is an experience. Art in its specific sense enacts more deliberately and fully the conditions that effect this unity. Form may then be defined as the operation of forces that carry the experience of an event, object, scene, and situation to its own integral fulfillment." - John Dewey (Art as Experience)

Borrowing an insight from Henry James’ tender-hearted brother, William, the American philosopher, John Dewey, conceived of aesthetic experience as a "double-barrelled" phenomenon, where experience is characterised by process and content – a doing as well as an under-going.

Experience in this sense is not equivalent to knowledge, for knowing is but one special kind of experiencing. What one does and what one suffers, or appreciates, as a result of what one does, is a cumulative process of reaching into the unknown and permitting the unknown to reach into us.

In working with the unknown, or the unconscious, knowledge is frequently an impediment to discovery; indeed, it may actually stop us from finding anything at all, other than what we already habitually know and have routinely made ours.

There is both comfort and a sense of safety in the nurture of mere knowledge, but it seldom if ever produces pure inspiration. More often than not it provides a handy way of walling ourselves up in a protective cocoon and arming ourselves with unassailable jargon by which we might fend off any attacks, intellectual, personal or otherwise. This castle-keep mentality is often grounded in an anxiety that very frequently amounts to little more that a fear of change.

Generally, Art cannot afford the luxury of vague, unreconstructed fear. This is not to say that fear is ever completely absent from the creative process, but it must never be permitted to intrude on the work in such a way as to warrant or validate stupidity. The essence of Art is, indeed, the absence of stupidity.

Applying this notion to dramatic screen storytelling, one might say that a successful screen story is the fearless realisation in us – as both storyteller and audience - of a meaningful (emotional) connection or interaction with the strivings of characters. Such an interaction compels identification. Their needs become our needs; their suffering, our suffering. When this arises out of a mutual and active interplay amongst ALL of the characters that contribute to the dramatic action, and respond in kind, the experience one has is no longer simply experience; it becomes - in Dewey's terms - an experience. “In such experiences, “ Dewey writes: "every successive part flows freely, without seam and without unfilled blanks, into what ensues; there are no holes, mechanical junctions and dead centres when we have an experience".

Dewey's words evoke that sense of completeness that is the consummation of the characters' shared and shareable journeys, including the parallel journeys made and undergone by the filmmakers (storytellers), the audience and the tribe/s (all of which are characters contributing to the enactment – and finding - of story).

For a story to consummate in a satisfying way - as opposed to merely ending or ceasing its activities - it must present "courses of action in which, through successive deeds, there runs a sense of growing meaning conserved and accumulating toward an end that is felt as the accomplishment of a process in which we – the characters - have emotionally invested ourselves. In other words, we have to care- all of us! When this occurs, the film story produces that unique quality that Dewey speaks of as an experience.

But an experience is not likely to occur in the finished product if it has not been present within the process that has led to that product.

Drama is founded on action - and in cinema, action is realised through IMAGE and SOUND. Sound and image, however, no matter how loud or explosive, are helpless to achieve dramatic intensity unless they are guided by a fundamental grammar that is organic to the language that is drama, and expresses itself though dramatic storytelling. When informed by this grammar, the selection, weight and ordering of the images and sounds convey more than what we actually see and hear. This is why I often speak of cinema as “the art of the invisble”, for it works best when it employs the grammar in such a way as to allow the logic to imply emotions, thoughts and drives that are never literally stated. In allowing the audience a space to act (i.e.: co-create the vision out of the subtext) the story or aesthetic experience of said story prodices that quality of meaning that Dewey refers to as an experience.

A story’s dramatic grammar is something that must be taken into account by all members of the cast and crew, for the apprehension of the emotional logic that gives a story its ultimate and most potent meaning is all but impossible to translate into image and sound without respecting the guiding logic that stands within and behind the emotional life of the characters.

One does not create the logic so much as “listen” to it and act upon what one has “heard”… in the unseen and unstated spaces that are the characters’ complexities and contradictions. In this way the logic operating within the domain of a grammar directs every element of the creative unfolding of the story.

Where this underlying logic is not present, or unheeded, the visual and aural images will not reflect or effect the necessary connections or identifications to enable and maintain maximum shareability of experience, thus causing the story to stall and miss its projected target.

Emotional logic implies emotional intelligence on the part of all of the characters. Emotional intelligence demands that we conceive of drama as more than mere cause and effect. The simple cause and effect of primary experience, in which the clouded and inexplicable actions of fortune and providence are visited upon unknowing heads of passive characters, is transformed by drama and supplanted by a logic of means and consequences which introduce the notion of meaningful activity, in which characters are oriented towards some goal or objective that commands their attention and concern as well as ours.

To invest in the characters means to empathise with them - to be involved emotionally in the journey upon which they are on. Empathy is active insofar as it is a reaching out to receive and share – as one – the tribulations, joys, hopes and dreads of the characters whose journey is also our journey, as storytellers, audience and tribe.

Plot = change, as McKee is fond of reminding us. However, if one ignores the totality of relationships and the changes effected by these relationships as they evolve through dynamic and dramatic interactions in the process of finding the story, one robs both oneself – the filmmaker – and the audience of the reason one is making a film to begin with.
Posted by Unknown at Sunday, July 19, 2009 4 comments: Links to this post

LIFE ISN'T A SENTENCE; IT'S A GENRE 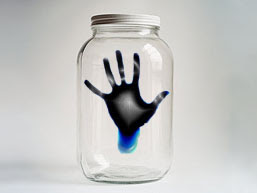 From the screenwriter’s perspective, genre is the acknowledgement of the pre-eminence of both tribal affiliation and the presence in one’s audience of a tribal consciousness.
In terms of dramatic, screen storytelling, tribe is identifiable by what it does.
Genre, in turn, is an expression of those defining social processes through which particular tribal entities manifest their being, both inside and outside the script.
Genre is the tribal storyteller's manner of portraying or dramatising the guiding themes and symbols inherent in both the storyteller’s tribe and audience. The underlying values, emotions and ideas by which the storyteller and his/her audience identify themselves are major considerations (or influences) in the choice of genre.
Consider the words: "Once upon a time ..." They will have a very different meaning for an audience whose cultural initiation has included fairy tales. An initiated audience will expect an anecdote or narrative, probably of a fanciful nature, involving unexpected events and characters, some of whom may be larger than life.
Genre invokes tribe and tribe evokes genre.
Dramatic scripts, if approached tribally, from the perspective of character-based experiences, evolve into structures that are purposeful; and, like the actions of the characters that inhabit them, are goal oriented. Genre implies purpose.
A screen story exists for a purpose; it possesses its own objective, some times quite different from the objectives of the characters, insofar as it conveys an emotional meaning that the storyteller wants to leave with his or her audience.
The character, structure and movement of the emotional energy of a film, when grounded in a dramatic grammar and guided by tribal sensitivities, produce a singular coherence, which we refer to as genre.
Every genre produces its own, special kind of energy that derives from the actions of ALL of the story’s characters. Such actions appear real, legitimate and seamless so long as they maintain coherence amongst all of the story’s constituent parts, most of which – if the film is successful – will go unnoticed by the audience.
Only when it breaks down, when the style is inexplicably altered or changes in some way, do we become aware of the species of the emotional energy we have been experiencing, and if that happens we are invariably thrown out of the story.
Genre is the dress code of character and plot – not a physical dress code, but an emotional one, for it tells the audience that has been invited to the feast what kind of emotional investment is required and what sort of party they can expect.
So long as the story remains the story in which the emotional investment has been made one reads the emotional codes of the characters with alacrity and, hopefully, some degree of empathy. But break the code and you will find that it is difficult if not impossible to transcend or constructively transform the confusion thus produced.
A screen story makes a pact with its characters, and these include not only the characters IN the script, but also the characters outside of it, namely the AUDIENCE and the TRIBE. Taken together this configuration determines the screenwriter’s relationship to the subject matter.
The most successful film storytellers frequently tell stories about themselves, or the people to whom they are tribally connected. It is difficult to imagine how a filmmaker could create the kind of emotional energy required to make an emotional impact on an audience without working from his or her origins. Indeed it is these origins that have brought him or her into the ambit of the audiences to whom the stories might be addressed. In this way, genre waits on audience, or at least the storyteller’s realisation of audience, imaginatively, in the process of finding the story.
The means by which one communicates a story – in this case, film or video – is another factor in the encoding process that is genre. Choices concerning the way in which the story is shot, lit, designed, edited or organised, are all elements in the creation of genre, and are themselves grounded in the writer’s, director’s producer’s et al, relationships with the characters, the audience and the tribe.
Purpose, or genre, is determined by a nexus of identities involving characters in the script (and their given circumstances) and characters outside the script - namely the storyteller/s, the audience and the tribe (and their tribal circumstances).
The sympathetic and coherent alignment of all the circumstances of ALL the characters in the story-finding enterprise produce the CHARACTER of the story itself, which is its genre.
Posted by Unknown at Friday, July 17, 2009 No comments: Links to this post