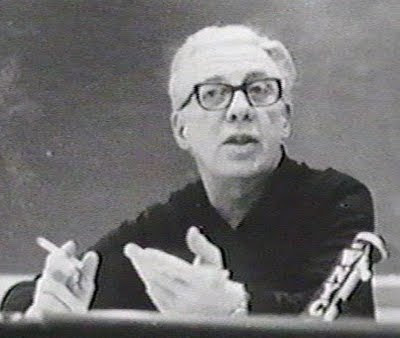 Not dissimilar to the actor's quest to "build a character" is the screenwriter's quest to inhabit, and be inhabited by, those characters whose story is slowly coming to life in the evolving screenplay.

Fundamental to this task is the writer's willingness to surrender all claims to preeminence over the action as well as the power to manipulate the characters as he/she sees fit solely in service of the writer's particular needs including the "needs" of the plot as the writer alone understands them. The chauvinism perpetrated by insecurities that preclude a living relationship with the characters, and the writer's refusal to be open to the characters and entering into an authentic engagement with them, is the most common vice of the complacent, mediocre screenwriter. The avoidance of such emotional honesty (or emotional intelligence) is almost always characterised by writing that is actionless, stale, and predictable.

Part of the job of every dramatic screenwriter is to re-write him/herself as ruthlessly as he/she re-writes the characters in the script, which means transcending his/her own prejudices, assumptions and expectations - maladies that mask or dissipate the emotional energy implicit in the characters' problems, goals and actions.
In cultivating ever more intimate relationships with one's characters, one can usefully apply some guideposts. Here are 12 formulated by casting director, writer and teacher, Michael Shurtleff, and adapted so that they might better serve the needs of writers and dramatic filmmakers.

1. Relationship - based on NOW.

2. Conflict: what is the character fighting for? Same as "beats" or motivation.


3. The Moment Before: each scene is the "emotional middle" of something.

a. What was the character just doing - BEFORE - that provoked or stimulated the action that is NOW occurring?
b. What does the character do that shows he/she is committed to his/her objective?

5. Opposites: is the other end of the spectrum present?
a. Where are both the love and the hate?
b. What extremes does the character feel about the other character?


8. Importance: the truth is not enough if it is neither dramatic, nor interesting, nor unique.

9. Find the Events: what happens in the Screenplay?
a. Is this a change?
b. Is this a confrontation?
c. Is this a turning point?
d. Could the character win or lose something right here and now?