THE BIG PRINT - A CASE STUDY from the screenplay, Psycho

The descriptions - or showings - in the screenplay for Psycho (2nd draft) underscore the fact that the primary function of the BIG PRINT is to show action, and where and when it is occurring. The actions in the lead up to Marion's arrival at the motel work to convey the anxiety of guilt and her dread of being caught. She is confused and in danger, and the tension aroused is palpable in the screenplay owing to the way the action is written. Everything is literally "in her head" - and the fragmentary thoughts and fears that torment her lock us into a very strong sense of her POV. Fact is, she has been driving for hours, haunted by the crime she has committed.

Marion’s sad, desperate getaway is one of three long "silent" sections of Psycho. Hitchcock’s fascination with the idea of telling a story pictorially, along with his roots in silent film, encouraged him to construct a large number of such set pieces in several of his films. The concert hall section of the remake of The Man Who Knew Too Much (1956), for example, and Cary Grant’s high plains rendezvous with "Mr. Kaplan" in North by Northwest (1959), as well as the "win the tennis match/get the lighter" section of Strangers on a Train (the last two have minimal dialogue).

The tension that builds in the three, discreet driving sequences that ultimately bring Marion to Bates' Motel, manage to continuous build the sense of impending doom as the emotional energy builds. The arrival of the "death’s head" policeman (the sightless gaze of his dark glasses looks forward to Mother’s blind, staring sockets at the climax of Psycho) makes the implicit desperation of Marion's flight explicit. Once more - like her chance encounter with her boss at an intersection in town, she is being watched, and once more is powerless to do anything about it. She flees from the policeman’s gaze as quickly as she is able, and rushes to buy a new car, an utterly useless gesture, because he is watching her do it. Her interactions with the car salesman, "California Charlie," repeat her experience with the policeman: the more she tries to escape notice, the more she attracts it.

The driving sequence that follows - which is re-produced below - heigthens our anticipation as well as planting Marion's misgivings about what she has done. The writing is composed of fragments of images, memories, voices, and then it starts to rain. The wiper blades slash, battling against the elements almost as hopelessly as Marion wages her internal struggle against guilt and fear. The lights of oncoming cars nearly blind her. And she surprises us with the explicitly sexual referencing of Cassidy’s imagined response to what she has done — a threat that he will take vengeance on her "fine, soft flesh". In the film, Hitchcock chose to have his female lead smile as she mused upon the possibility, a cruelly ironic gesture given what is to happen to her. The rain and the slashing wiper blades - the blinding lights - and the fragmentary way in which the prose conducts one from one shot to the next prepares for what is to follow - the cruel deception of safety in the form of a neon looms up out of the rainy darkness - an image of sanctuary, protection and comfort that will draw Marion off the highway into the very darkness that the motel - at least in her imagination and ours - promises to dispel. Hitchcock used a neon sign in The Lodger, a sign for a nightclub that announced "To-Night Golden Curls." In The Lodger, it was the sign that drew the murderer out in search of his victims. In Psycho, the sign draws the victims to the murderer.

As you read the except below, note how the blocks of writing suggest shots. The driving shots are succinct, chopped, one shot with one action, then move on. But once Marion arrives at the motel the shots are filled with lots of actions. One lingers, warms to the place, relaxes. Indeed the script is written in a way that contributes to our inclination to stay awhile and enjoy the respite that such a place might offer, a shelter from the storm and the public thoroughfare where one continually runs the risk of being found out.

Posted by Unknown at Tuesday, September 04, 2012 No comments: Links to this post

THE ART OF GETTING A CHARACTER GOING 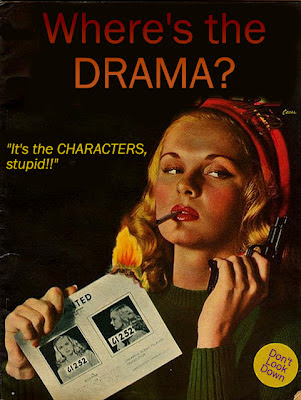 Even if you don't have the foggiest idea what your story is going to be about, or what will happen or exactly when and where it is to be set, it would be helpful if you could at least complete the following: "My main character wants _________ more than anything else in the world."


What does your character WANT? Love, respect, courage, revenge, a kidney for his kid sister, to find the son that was given up for adoption? If you want to write a DRAMATIC screenplay, the minimum requirement is that you have a character that wants something.

At about the same time you allow yourself to start discovering what your character wants, and  who or what opposes them, you'll begin to find out where your story is going, and what it’ll be about, both narratively and thematically.  Dramatic characters can only be dramatic insofar as they are fighting for something.

Fighting does not necessarily mean using fists or guns or joining an army, but they must be striving for something that is not easy to attain. In short, dramatic characters are goal-driven, and in order to achieve their objectives they have to act.

What scares your characters? Humiliation, disfigurement, pain, terminal illness, poverty?
What lengths will they go to to avoid what they fear?

What have they already done to avoid their greatest fears?

Discover what it is that will cause your characters to wake up in the middle of the night in a cold sweat, hands clutching the covers, body rigid with terror.

READ MORE ABOUT CHARACTER
Posted by Unknown at Sunday, September 02, 2012 No comments: Links to this post

What is the source of conflict in the story?  What is the struggle of the main character? Who or what is pitted against them? What obstacles must they overcome? What threats do they encounter?  What are the source of this threats? Do they come from others or from the character herself?  By what means is this conflict presented and played out in the film? 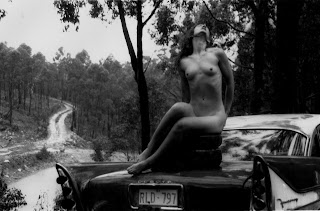 Who is the film addressed to?  To whom is the filmmaker speaking?  ‘Everyone’ is not sufficiently specific. Who you are talking to has a very important bearing not only on what you present but the way in which you present it.

Begin with a one-sentence description of the basic story that presents the central character and the story that the character/s, images and sounds dramatise during the film, from beginning to middle to end.

This “topic” sentence, which introduces in general terms the central character, dramatic issue/s and ultimate outcome (or resolution) of the film, may require some elaboration in the introductory paragraph.

Describe in detail the person or persons that are interviewed, the places that will be visited, the topics that will be discussed,  the areas of conflict that will help to bring the story to life.

Hence, one might write:  ‘The film opens with the central character/presenter, Christina Conrad (67), in the middle of a wild cactus garden, attired in rather eccentric, hand-made clothes. She shakes one of the large cactus plants with her hands as in VOICE-OVER we hear her tell us of an injustice that was perpetrated on her when she was in her early 20s.”  … and so on..

Treatments are usually a narrative, and do not use technical language or jargon. There is no need for camera angles or similar detail. It is an outline of the content, and the emphasis should be on making it as interesting and compelling as possible. 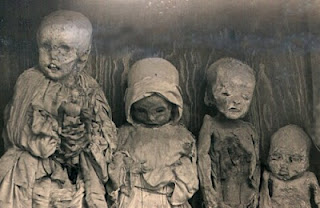 What point does the film make? What do you want the audience to go away feeling or thinking about at the end of the experience they’ve had watching the film?
Posted by Unknown at Saturday, September 01, 2012 1 comment: Links to this post

Read more about the drama of documentary at WHERE'S THE DRAMA?
Posted by Unknown at Saturday, September 01, 2012 No comments: Links to this post