THE ELEPHANT IS HERE 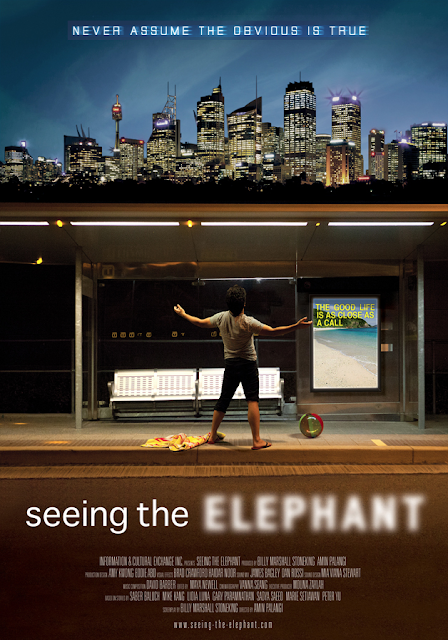 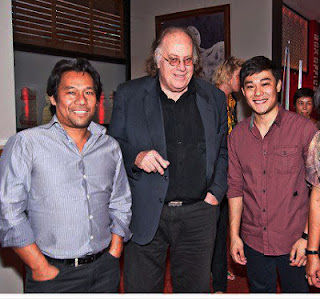 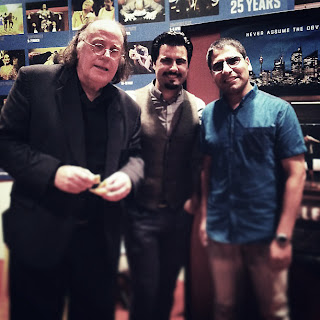 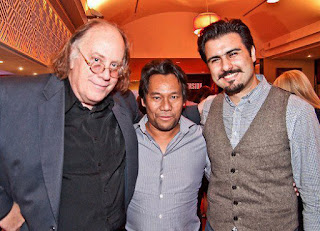 Stoneking & Palangi with actor, Filino Dolloso
Posted by Unknown at Tuesday, February 19, 2013 No comments: Links to this post

THE TREATMENT : No Scene That Doesn't Turn 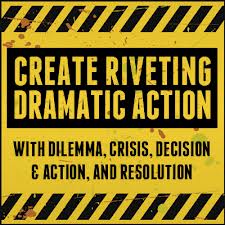 A TREATMENT may be defined as a prose narrative (five to twenty-five pages long) that presents the characters and events of a proposed script, movie or television series, and allows the reader to enter far enough into the drama to understand the ways in which the story and characters will be treated, including a vivid sense of the characters' and story's attitudes and the movement of the emotional energy and its relationship to what the story is about (theme).

Since most dramatic screen and television scripts can be broken down into an act structure (consisting of turning points or reversals), your treatment will focus not only on the major turning points of each act but also on the “smaller” turning points and reversals sequence by sequence, scene by scene and beat by beat. In other words, you’ll be writing a vivid and dramatic "short story" of the screenplay that will include the pivotal scenes, showing in more detail than a pitch, a sample of what we actually see and hear.

A quote from the film industry might be useful here: “No scene that doesn’t turn.”
If you find yourself summarizing a scene that’s undramatic, conveying only exposition or back story, chances are it’s unnecessary.

Deliver all the back-story and exposition of your story through present-time conflict...

And REMEMBER: Get your major character in trouble and then make it worse and worse. Only conflict is interesting. If you want drama - and who doesn't? - throw the weight of circumstance against your favored character.  If you can’t figure out where to go next, make the main character’s struggles worse, then you’ll be back on track. And never stops asking yourself: what are the characters fighting for?

Write about what you know (your tribe or tribes), using some interesting expertise you already have— scuba diving, butterfly collecting, playing rugby, being in the Army, losing a parent, etc. — or write about what you don’t know, making yourself an expert in whatever subject you want to write about by first finding a way of getting yourself initiated into the tribe or tribes whose story you're interested in (this used to be called research, but the term is a bad one. If you define research as looking something up on the web, it's not enough.)  If you’re writing a story about a fireman who almost perishes in the World Trade Center and you’ve never been to New York City, you may want to write about something closer to your own experience or take several trips to New York to interview firemen who survived the attacks of 9/11. Authenticity is everything.

Have the story's conflicts arise from character choice rather than cooked-up “plot points,” accidents or coincidences. (If you’re going to end your script with a man in a wheel chair and a puppy in his lap being run over by a train, set it up, and just keep in mind that such an ending is most appropriate for a comedy.) Likewise, resist the temptation to kill off your main character. It’s hard for a story to go on with a major character dead, unless you’re writing Sunset Boulevard or American Beauty all over again. The best approach is to force your major point- of-view character to make difficult, almost impossible, choices at each turn, especially wrong choices, and then let the consequences of those choices play out like dominoes falling.

A Few Practical Guidelines for the Writing the Treatment

As with your script, please follow these formatting guidelines carefully:

1.The FIRST TIME your CHARACTERS appear in the treatment, try to do all three things listed below in one sentence: Include their FIRST AND LAST NAMES IN CAPS:
CONSTANTINE GRUBER. (Don’t capitalize or use their full names again unless they enter then story much later and we need to be reminded who they are, like CURLY in Chinatown.)

2. Include the character’s age as a simple numeral set off by commas (JERROL BURBLE, 29, a hairy man with a mole in his eyebrow like a baby June bug . . .) A numeral (13) saves you and the reader time and space.

3. Include a brief but surprising description of the character:

Posted by Unknown at Friday, February 15, 2013 No comments: Links to this post For more film recommendations, visit WHERE’S THE DRAMA?
View the documentary in its entirety at
http://www.wheresthedrama.com/apps/videos/videos/show/17604490-titicut-follies

Posted by Unknown at Friday, February 08, 2013 No comments: Links to this post

Screenwriters desiring viable and dramatically creative relationships with “their characters” are sensitive to the distinction between knocking and entering. Knocking consists of research and all those initiations relevant to gaining admittance, including writing and re-writing, readings, meetings, question asking, travel, exercise and other physical experiences. Don’t mistake the nature or purpose of your visit. A writer who only knocks may believe s/he has visited the premises without ever having met who lives lives there. Even if the door is opened and the writer indulges in a bit of a chat, s/he still has not crossed the threshold. Entrance requires much bolder action than knocking, even though the efforts we put into knocking conjure some semblance of connection with the place and its occupants. To actually enter, you must enter into yourself, to uncover hidden motives, to see contradictions, to become fully present and, in so doing, realize your actual powers for self-change. A story is not merely an act of expression - it is an act of self-transformation. 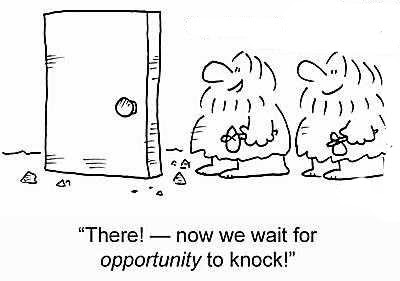 What you can do is: know when you are interfering with the story, and then step back, get out of its way. It’s trying to tell you something that you believe or think or feel is far too painful or troubling or dangerous. But this has more to do with your fears than what the story is actually wanting to show you. it won’t won’t destroy you. Promise. When you let it become what it is you will have a new and surprising experience not only of what it is, but what you are, and it will become like an earth-mover, a bulldozer, pushing all the trash on the lot out of the way, leaving room for the story to become what it will.

For more like this visit WHERE'S THE DRAMA?
Posted by Unknown at Saturday, February 02, 2013 No comments: Links to this post