WHAT SORT OF SCREENWRITER ARE YOU? 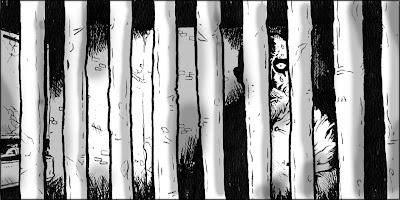 I've known screenwriters that made up all sorts of rules for themselves - writers that couldn't write if there were dishes in the sink, or dirty clothes that needed washing. Others decided they had to indulge in some kind of daily ritual - like jogging down to the local cafe to read the paper and a cuppa coffee - before actually sitting down at the typewriter or computer to work. A playright I knew in Melbourne could write unless he smoked, and when the smoking started affecting his health the only way he could give it up was to stop writing. Go figger.

A common habit of many screenwriters I have known is that they assign to themselves a time for writing. I've known plenty of writers that would swear they couldn't make so much as a sentence unless they did so in the first two or three hours after waking> Others - for various reasons - would never think of attempting so much as a scene until two or three hours after sundown. I've always found these "rules" rather odd because my in my experience - owing, I suspect, to the diversity of unconventional places in which I have lived, has never allowed such regularity. As a result, I have developed a facility for writing at almost any time, even in my sleep.

So I was wondering what other writers might report concerning their "best writing" times. Be honest. What time of the day - or approximate time of the day (or night)do you do your best work?

Free Survey
Posted by Unknown at Saturday, May 21, 2011 No comments: Links to this post