THE MOST IMPORTANT PART OF THE WORD "SCREENPLAY" IS PLAY 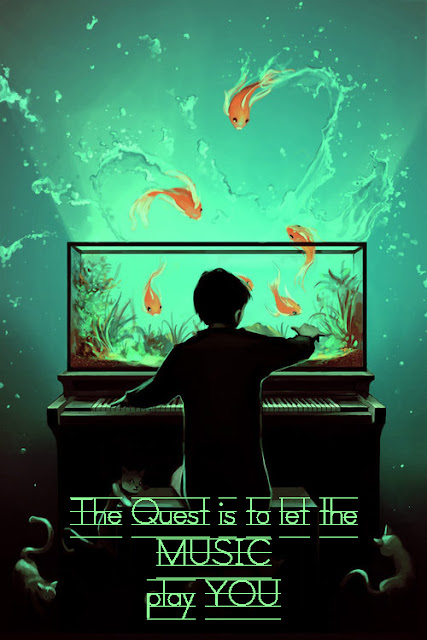 Posted by Unknown at Monday, March 25, 2013 No comments: Links to this post

The Ovitz family originated from Rozávlya in Hungary, descended from Shimson Eizik Ovitz (1868–1923), an itinerant entertainer and wandering rabbi. He fathered ten children in total, seven of them dwarfs (afflicted with pseudoachondroplasia), from two marriages. The children from his first marriage to Brana Fruchter (she was of average height), Rozika (1886–1984) and Franzika (1889–1980), were both dwarfs. Shimson's second wife Batia Bertha Husz, also average height, produced the following children: Avram (1903–1972) (dwarf), Freida (1905–1975) (dwarf), Sarah (1907–1993) (average height), Micki (1909–1972) (dwarf), Leah (1911-1987) (average height), Elizabeth (1914–1992) (dwarf), Arie (1917–1944) (average height), and Piroska (1921–2001), also known as Pearla (dwarf). Batia gave her family one piece of advice that would stay with them for the rest of their lives, and that ultimately saved their lives. She said: "through thick and thin, never separate. Stick together, guard each other, and live for one another". The one brother, Arie, who did not follow his mother's advice was killed trying to escape a Hungarian Labor Camp, and his wife, their newborn daughter and his in-laws were killed in Auschwitz.

The children founded their own ensemble, the Lilliput Troupe. They sang and played music using small instruments and performed all over Romania, Hungary and Czechoslovakia in the 1930s and 1940s. The taller relatives helped backstage. The Ovitzes sang in Yiddish, Hungarian, Romanian, Russian and German. When they were not touring, they lived in a single house with their spouses.

At the start of World War II, there were 12 family members, seven of them dwarfs. When Hungary seized Northern Transylvania in September 1940, the new racial laws banned Jewish artists from entertaining non-Jews. Though the Ovitzes were observant Jews, they obtained papers which omitted the fact that they were Jewish and continued going on their tours until 1944. On May 15, 1944, all twelve family members were deported to Auschwitz. One taller brother escaped the round up but was later arrested and executed. 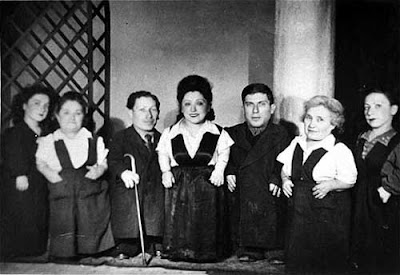 Once in the camp, the Ovitzes attracted the attention of the German camp doctor, Josef Mengele   (known as the Angel of Death), who collected curiosities for his own experiments on heredity. He separated the Ovitzes from the rest of the camp inmates to add them to his collection of test subjects. He was curious about the fact that the family included both dwarfs and taller members. Eleven other prisoners claimed to be their relatives, and Mengele moved all of them to his "human zoo".

Wanting to spare the group of dwarfs (because they were harder to find than other kinds of test subjects, such as twins), Mengele arranged to have special living quarters built for them, so they could be monitored. To keep them healthy for his human experimentation, he arranged for them to have more hygienic living conditions, better food and their own bedclothes. Mengele even allowed them to keep their own clothes, and forced the taller members of the group to carry the dwarfs to the experimentation sites.

The Ovitzes—like many other camp inmates—were subjected to various tests. Mengele's physicians extracted bone marrow and pulled out teeth and hair to find signs of heredtary disease. They poured hot and cold water in their ears and blinded them with chemical drops. Gynecologists inspected the married women. Eighteen-month-old, Shinshon Ovitz, was put through the worst ordeals because he had taller parents and was prematurely born; Mengele drew blood from the veins behind his ears and from his fingers. The Ovitzes also witnessed two newcomer dwarfs being killed and boiled so their bones could be exhibited in a museum. Mengele also filmed them; this film was not found after the war, and it is possible that he kept it when he fled.

They expected to be killed after Mengele had finished his experiments, but they lived to see the liberation of Auschwitz on January 27, 1945. The Red Army took them to the Soviet Union  where they lived in a refugee camp for some time before they were released.

The Ovitzes traveled on foot for seven months to their home village. They found their home looted, moved first to the village of Sighet, and later to Belgium.  In May 1949, they immigrated to Israel, settled in Haifa, and began their tours again, being quite successful and packing large concert halls. In 1955, they retired and bought a cinema hall.

MORE STORY TRIGGERS HERE
Posted by Unknown at Sunday, March 24, 2013 No comments: Links to this post

A DRAMATIC CHARACTER IS ALWAYS STRIVING FOR SOMETHING 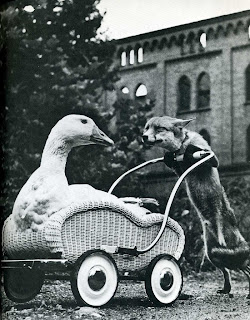 It’s no accident that drama is all about “what happened” and “what comes next”. As such, it is almost always always about characters that are running FROM or running TOWARDS something. Similarly, many writers write out of their depressions or out their anxieties. When you are depressed, you are living out of your past; when you are anxious, you are living out of your fears of the future. The screenwriter that wishes to write a story that ultimately transcends both depression and fear must write in such a way that both past and future are made present - and continually present - in the actions of the characters. What ultimately counts in drama is what the characters are doing NOW, vividly and deeply, so that we - as both writers and audience - are able to enter into their PRESENCE as they enter ours. From this experience, exhilaration and joy are born.

Posted by Unknown at Thursday, March 21, 2013 No comments: Links to this post

THE KARMA OF DRAMA Stories are dramatic presentations of the nature of karma. Karma is a dynamic process, signifying neither fate nor predestination, but a "coming-into-being" predicated upon a logic founded on the observation that what has gone before produces any number of consequences.

In a dramatic story, the characters find themselves enmeshed in situations that are directly related to the thoughts they have had, and decisions and actions they have made. Karma also allows that new actions are capable of creating new karma. However, when we speak of karma in the context of dramatic storytelling we must not - as is frequently done in the West - associate karma with fate, and the notion of a predetermined future, Predetermination (or predictability) is the death of story.

The play of karma in a dramatic story will naturally enough reveal what each character reaps as a result of his/her actions, but if the story is to have real power and that ineffable freshness that we sometimes refer to as "the magic", it must also embody the unexpected.

When dramatic characters are possessed of suitably credible, complex and contradictory agendas, and when these agendas find expression in unanticipated actions, it produces genuine surprise in both the writer and, subsequently, in the audience, what might be called "living karma". Dramatic stories that are imbued with living karma  avoid the staleness of formula by ensuring that no future event is ever locked in - as it almost always is in plot-driven melodrama -  and that what happens NOW will surprise and delight by shifting and sub-rating our prejudices, assumptions and expectations, thus making us co-creators in a story that is as fresh as the day on which it is found, which is, of course, every day.
Posted by Unknown at Sunday, March 17, 2013 No comments: Links to this post