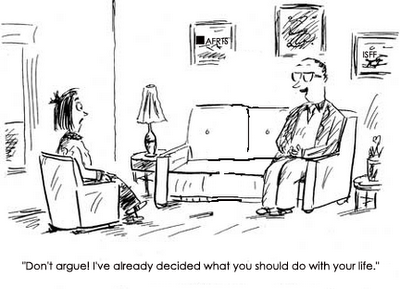 "Everyone talks about "the magic", but no one knows anything about it. The secret/sacred act by which the story-experience transforms itself into something special defies formula. Spend a lifetime enquiring about its nature; no one will be able to tell you what it is. Though its presence might be obvious, its appearance is unpredictable. One experiences it as a disarming freshness - an enduring "newness" . Whatever it is, you can't cook it up.

"If you want to become the kind of storyteller/filmmaker in whose actions the magic lives, then you must enter into the most intriguing and challenging set of relationships you have ever encountered, relationships in which the essence of the characters intersects and mingles intimately with your own essence, so that you no longer meaningfully distingush these essences or see and hear them as separate.


To read more about the MAGIC of non-formulistic, character-driven, dramatic screen storytelling be sure to visit WHERE'S THE DRAMA? at http://www.wheresthedrama.com/


Posted by Unknown at Wednesday, December 29, 2010 No comments: Links to this post 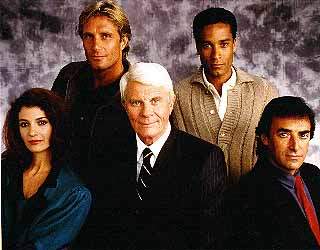 Mission Impossible - The Pawn - WHERE'S THE DRAMA?
Posted by Unknown at Sunday, December 19, 2010 No comments: Links to this post

The I, THOU & IT of Dramatic Screen Storytelling 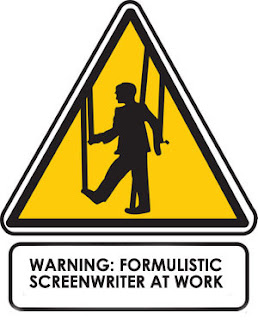 Martin Buber, in his major contribution to modern thought, I and Thou, posits a philosophy of personal dialogue in which human existence may be understood and differentiated in terms of the way in which we humans engage in dialogue with each other, with the world, and with the divine. Buber contends that human beings invariably alternate between two attitudes toward the world – one which is expressed through what he refers to as an I-Thou relationship, and the other, which he terms an I-It relationship. I-Thou signifies the relation of subject-to-subject, while I-It is a relation of subject-to-object.

Likewise, the screen storyteller’s relationship with characters may also be understood in terms of such a choice. Does the writer choose an I-Thou relationship, in which the writer is cognizant of and emotionally open to ALL of the characters necessary for finding the story, or does the writer simply enforce his own separate role of chauvinistic puppeteer, armed with a predetermined agenda to which the dramatis personae are obliged to dance as though they were mere puppets dangling at the end of not-quite invisible strings?

In the former relationship, the writer is an equal – no more or less important than the other characters (including the audience and the tribe or tribes whose story is being presented). In such a relationship, the writer acts and interacts within a context in which none of the characters becomes a slave to formula. In an I-Thou relationship, the roles of the characters, including the role of the writer (who is but one character among many), are not subsumed under the tyranny of method or served up in answer to the requirements of technique, or as some simple-minded response to unmanaged fear or prejudice. Successful – i.e.: fresh and original – dramatic characters do not live merely at the pleasure of the storyteller, to be manipulated according to every passing fit and whim. Instead of perceiving one’s fellow characters as separate, isolated beings whose raison d’etre is to serve the insecurities and needs of the writer, and whose actions are aimed at hitting each plot target in a timely fashion, the mediumistic writer immerses him/herself in a vital, transformative dialogue in which ALL of the characters are involved with all of their being with each other.

In contradistinction to this, the I-It relationship, is largely an act of insecurity, a misguided need to control events at any cost, the full meaning of which usually lies beyond one’s emotional comprehension. In an I-It relationship, the screenwriter perceives the characters largely as consisting of specific, isolated qualities and attributes. How many fledging writers have wasted their time and energy compiling copious lists of what foods, colours, clothes, hobbies and attributes their characters like or possess? To perceive characters simply as a list of attributes and attitudes is to view them – and oneself – as fragments of an objectified world of things. I-Thou is a relationship of mutuality and reciprocity, while I-It is a relationship of separateness and detachment.

The subject-to-subject relation affirms each subject as having a unity of being, and in that affirmation creates the possibility of recognising that larger unity, which is the resonant power of Love – as an emotional energy binding the two subjects into One. This atonement – or at-one-ment – is the essence of the experience of IDENTICATION, which is the emotional essence of the dramatic experience.

Buber says that the I-Thou relation is a direct interpersonal relation that is not mediated by any intervening system of ideas. No objects of thought intervene between I and Thou.1   I-Thou is a direct relation of subject-to-subject, which is not mediated by any other relation. To accept this is to suddenly be free of all those screenwriting tomes and how-to books by which the snake-oil salesmen ply their foolishness. One is either IN the drama and in an I-Thou relationship with one’s characters or one is not, and the only things that method, technique and formula can do is to keep you from entering into the only kind of relationship that will make any difference at all.

Thus, I-Thou is not a means to some object or goal, but is an ultimate relation involving the whole being of each subject.

Love, as a relation between I and Thou, is a subject-to-subject relation. Buber claims that love is not a relation of subject-to-object. In the I-Thou relation, subjects do not perceive each other as objects, but perceive each other’s unity of being. Love is an I-Thou relation in which subjects SHARE this unity of being. Love is also a relation in which I and Thou share a sense of caring, respect, commitment, and responsibility. In this way, the writer/story relationship is both a sacred trust and a secret feeling.

In the I-Thou relation, the being of the I belongs both to I and to Thou.

In the I-It relation, the being of the I belongs to I, but not to It.

I-Thou is a relation in which I and Thou have a shared reality. And in the world of screen storytelling, this is nowhere better expressed than through STORY. Story is the shared reality of ALL the characters, but never becomes fully born unless all of the characters are involved with all of their being, and BEING WITH.

The more that I-and-Thou share their reality, the more complete is their reality. No addition is necessary. Their completion merely multiplies completion.

The unformed character – the goad to action – the uncarved block that pits one’s courage against unlimited possibilities – call it what you like – God or the imagination, or freedom (including the freedom to choose not to be free - as in the Garden of Eden story – whatever you like, Thou is the barrier-less Being through which and from which one speaks to the future and from which the future is becoming, becoming present, not yet. It is the courage to Be that appears when everything that we have held most dearly disappears in the anxiety of doubt.

One does not use knowledge to get one to the edge. Knowledge is the edge. If one is to leap into the unknown - which is the story - one will have to leave knowledge behind. The leaping IS the Thou before Thou appears.