COMMON SYMPTOMS OF FILMS MADE BY CRIPPLED EGOS 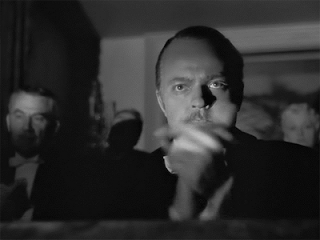 During the years I worked at the Australian Film, Television and Radio School, and as far back as the early 1980s when I was a student there, I was aware of a peculiar brand of mediocrity, or unmanaged fear, that seemed to infect most of the films that the school was producing - and, I might say, continues to produce. Within the industry-at-large, there have always been murmurings that AFTRS’ films look great but say nothing, implying that the technical craft areas are doing a job that the story creation areas (namely screenwriting, directing and producing) aren’t. Certainly, most of the short films that have been made during my long association with the place, are nothing special, which may only go to prove just how difficult it is to make a good film, let alone a great one. The source of the staleness that pervades AFTRS’ films remains an open question, though I am inclined to suspect that it stems largely from the fact that most of the students that attend there don’t arrive with stories that they are passionate to tell. Passion, however, amounts to very little if it is not grounded in something more substantial, like a personal philosophy or a hunger for authenticity.

Filmmakers have to understand that their audience arrives with an attitude equivalent to “I don’t give a fuck”, and that it is the job of the filmmaker to work with the characters in ways that will make the audience “give a fuck”. Each of us has a list of the films that have made us care, and we could all recite what we like or love about them, but it seems that very few of us manage to avoid those pitfalls that almost always guarantee a film’s failure. Ignorant of the grammar of drama, lacking fluency and the ability to make present the emotional energy by which a story creates its meaning, and having little if any understanding of the matrix of relationships one must cultivate in order to connect with the characters that are necessary for finding the story, most filmmakers flounder blindly, leaning on the crutch of formula and homage, if indeed they have actually seen anough films to make this possible. One needn’t be a film buff to make a great film, but it helps if one has more than a passing understanding of the situations of irony into which humankind stumbles and from which history is made and re-made.

The typical “film-school film” is the film that takes little if any risks, that has nothing important to say, that eschews drama for illustration, and lacks emotional energy. The characters usually don’t care much about one another, and frequently do everything in they can to avoid drama, intensity and obsession. To refer to a film as a “film-school film” is the worst epithet I can imagine. I am also certain that no self-respecting filmmaker would consciously embrace or produce a “film-school film”. And yet, somehow, they go on appearing, year after year.

It would be incorrect if I failed to acknowlege the fact that, during my seven years teaching at AFTRS, there were some damn good films made, both fictional and factional. The filmmakers that made them worked like hell, fought like mad, and kept coming back again and agin and again til they got it right. And mostly they kept their sense of humour. Some of their efforts were rewarded with BAFTAs, or Slamdance awards or even, in two or three cases, Oscar nominations. Having said this, let me add that some times the best films don’t receive any awards at all, and some of the worst ones have them lavished upon them.

The job of the filmmaker is to form emotionally meaningful, intimate and dramatic relationships with ALL of the characters necessary for finding (and enacting) the story. Such, such are the joys (and the terrors!) of filmmaking. And never forget - in the face of apparent failure one can still be cheered by what one has learned from one’s mistakes. The problem isn’t HOW to avoid the mistakes; the problem is what to do with them once they have happened… and then, not to make the same mistake in the same way again - and again…

So what are the common mistakes?

If you’re making a film - or thinking about making one - consider the following. These are some of the earmarks of creative disaster, and - if one recognises them in time - the possibility of great opportunity. The sorts of mstakes that filmmakers make are never unique or original. Everyone makes them, and usually for the same reasons. These are some of the ones that I’ve noticed again and again and again whilst working with young filmmakers.

If you can find the courage, the skill, the time and the vision to enable yourself to deal with these, then you just might give birth to something that is both FRESH and - most difficult of all - ALIVE.

1. On-the-nose dialogue in which characters say exactly what they’re thinking or feeling.

2. Excessive use of coincidence, after Scene 1.

3. Flashbacks that merely explain and thus disrupt the momentum and building of emotional energy.

4. Explainatory voice-overs that merely underline what is seen or will be seen.

5. A flawless protagonist and/or a heartlessly evil antagonist.

6. A passive protagonist that does not choose and pursue a course of action.

8. Too many scenes filmed from the same distance.

9. Underactive actors who recite lines without seeming to inhabit the scene.

13. An ending that doesn’t grow naturally or inevitably out of previous events.
Posted by Unknown at Sunday, June 24, 2012 No comments: Links to this post