THE DRAMA OF SCREENWRITING - the legendary character workshop for screen storytellers 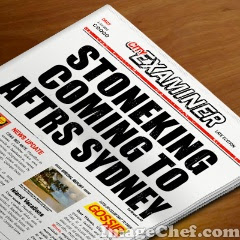 THE DRAMA OF SCREENWRITING
returns to AFTRS
The legendary screen storytelling workshop devised by Billy Marshall Stoneking will return to AFTRS in 2011. For both experienced and beginning filmmakers, this workshop offers unique opportunity to discover and apply to one's work the grammar of dramatic screen storytelling as it is expressed in MEDIUMISTIC, Character-driven drama.

Powerful and believable characters are essential to the life of any screenplay, and the screenwriter’s relationship with character is the primary relationship in the dramatic enterprise of “finding the story“. Since 2001, screenwriters, directors, producers, editors, designers and actors, have been influenced and inspired by the unforgettable experience of dramatic storytelling that Billy Marshall Stoneking’s now legendary character workshop offers its participants. This is neither McKee warmed up nor Syd Field in paraphrase, but a totally unique take on screen story-finding that will change the way you connect with your characters, and they connect with each other.


THE DRAMA OF SCREENWRITING has started many a filmmaker on the road to creating and developing award-winning and critically acclaimed short films, features and documentaries. Participants have described this workshop as:

‘A must do course for the brave. To uncover in yourself the courage to write from the core’

‘I loved the course. It was inspirational and went to great depths on screenwriting’

Students will come face-to-face with the living, emotional energy that is the basis of effective, cinematic, character-based dramatic storytelling. The workshop itself becomes a story in which the participant encounters and interacts with dramatic characters and situations that they have created.


BOOK ONLINE NOW to ensure your place in this extraodinary, life and career changing 4 days. ‘A must do course for the brave. To uncover in yourself the courage to write from the core.’

BOOKINGS at      http://openprogram.aftrs.edu.au/course/W106
Posted by Unknown at Wednesday, November 17, 2010 2 comments: Links to this post

Reply to a Reader who asked: "What exactly is DRAMA?" 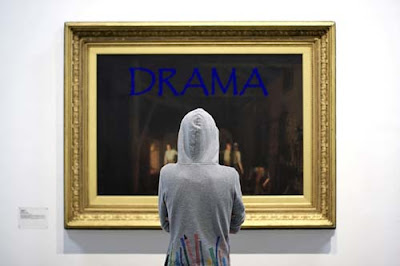 A dramatic story is a structured presentation of emotional energy given moment, movement, and meaning (form) by the actions of characters. Dramatic characters are necessarily threatened or otherwise endangered by a disturbance or problem of such magnitude and urgency that, unless they deal with it immediately and find a way of overcoming or neutralising it, they risk losing what they most desire. Galvanised by a human need that is identifiable to an audience, and guided by a clear objective or goal as well as a plan for achieving that goal, the dramatic character struggles against seemingly overwhelming opposition in order to achieve his or her objective.
DRAMA arises every time when change forces change upon CHARACTERS that we care about. Change is expressed through the actions of the characters and/or Nature, and a dramatic story acknowleges and dramatises the proposition that life is "a perpetual perishing", and that it is in the essential nature of a human being in the course of BEING to "rage, rage against the dying of the light:.

The struggle or the contest by which we (as audience and co-creators of the story) FEEL our existence is framed in drama - it may come in the guise of a desire that is suddenly frustrated, the loss of someone or something that is precious to us or with which we identify, or as self-doubt occasioned by a severe psychological wound, or as an existential disconnection that renders life meaningless.

The striving against everything that might frustrate, discourage, or ultimately defeat us (and the characters in the story) - this striving is the essence of dramatic action, together with ours and the characters' refusal to accept the prevailing conditions, which in turn leads us back to our own origins and the essence or source of our slavery and our freedom.
Posted by Unknown at Thursday, November 04, 2010 No comments: Links to this post