STORY - THE LONG & THE SHORT OF IT 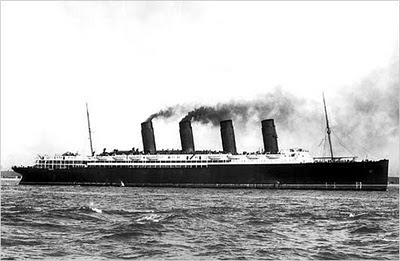 In many ways, the short film is to the feature what the short story is to the novel. Sentence by sentence, the language of a short story may look the same as the language found in a novel; both might have recognisable characters and plots, but, despite the obvious similarities, a short story presents a very different sort of code than that provided by the novel, and its language behaves very differently, both by virtue of its scope and the way in which it apprehends its content.

A short film is not a miniature feature. It operates, rather, by an odd sort of logic that when successful rarely propels its audience towards the kind of expected and satisfying narrative resolution that so often characterises longer-form drama. Often, the resolution of a well-told short-form drama occurs in the mind of the viewer rather than on the screen. When a short film tries to behave like a feature, the result is often contrived, incredible or, even worse, utterly meaningless.

Characters who live happy lives, who are content with their lot, and fully satisfied they have achieved all their goals, are NOT the stuff dramatic stories are made of. At its most basic, a dramatic story is about a character under threat, struggling to resolve some sort of problem, anxiety or difficulty.

In long-form drama, the central problem or difficulty is invariably introduced early in the story, and the character’s struggle to resolve the problem leads to ever more-pressing problems (complications and obstacles) that are accompanied by ever-increasing risk and tension. CHARACTER is understood as an expression of ACTION.

In the short-form drama, the problem and the character form a relationship that leads the audience towards a set of assumptions and expectations (based primarily upon the audience’s prejudices) about what that relationship actually means. CHARACTER is understood as an expression of THEME.

In long-form drama, the dramatic action of the story is played out until the audience is satisfied there is nothing more the main character can do. Hence, the plot becomes EXPLICIT.

In short-form drama, the character/problem relationship is re-contextualised or amplified in such a way that it subverts the audience’s beliefs about what the character/problem relationship really means, thus propelling the audience into playing out the drama of the new meaning well beyond the end of the actual film. Hence, the plot becomes IMPLICIT.


IDENTIFICATION – THE NEED TO CARE

Since plot is not just events but the causal relationships between the character and his/her perceived problem or dilemma and what he/she does about it, plot cannot be divested of character. In both forms of dramatic storytelling, meaning is conveyed through the actions, including visual and aural images and the contexts these images create for other images within each scene, and between one scene and another (in the cut).

In both long and short-form drama that works, characters will be acting on the basis of identifiable anxieties, needs and desires, and not from the external demands of plot or the personal insecurities of the writer/s.

A CASE IN POINT

Short-form drama that is successful invariably focuses on the exploration of an idea or issue – usually ONE idea. When well conceived, the idea carries both intellectual and emotional content. In serious drama, the idea tends to weigh more heavily on the emotions; whereas in comedy it engages the intellect.

In the short film, like the feature, the initial action revolves around establishing the character/s and his/her/their world. Within this world there is the manifestation of a human value or ideal, something hoped for, or a desire, perhaps, or an attitude or sense of connectedness with which the audience engages.

In long-form drama, this value or belief or desire is presented at the beginning of the story and is soon sub-rated or interfered with by the imposition of an opposing force (the catalyst or disturbance), usually personified by another character (an antagonist) or by nature. This results in the main character hatching and carrying out a plan of action – which necessarily involves ever-increasing risk to the character - to overthrow the opposition in the hope of re-storing some degree of balance and order. How the main character deals with the obstacles and complications that stand between him/her and his/her goal ultimately leads to a resolution that is either positive (the goal is achieved) or negative (the goal is not achieved).

In traditional short-form drama, the catalyst and the quest to re-establish equilibrium is de-tuned or replaced altogether by the dramatization of a thematic idea or issue that MEANS something to the character and the audience. The audience’s association and/or identification of this idea or issue with that character’s persona – his/her anxieties, desires and needs – conditions and informs the audience’s emotional understanding of the character and his/her world. The character is THAT character by virtue of his/her relationship to THAT idea/issue; and that idea/issue is precisely what it is (and means what it means) because of its association with THAT character/world.


Take Sejong Park's film, Birthday Boy, as an example – an excellent and altogether satisfying manifestation of the formal dramatic behaviour one finds in traditional short-form drama that works. In Birthday Boy, we are presented with a young Korean boy, growing up among the detritus of war. He constructs his toys out of the remnants of wrecked fighter planes, and shapes them to his needs using the trains and tracks upon which tanks are being sent to reinforce a faceless army. The idea at the heart of the action concerns transformation – how a child in his playfulness and imagination can transform the horrors of war into something that creates happiness and a degree of absorbed contentment. The dramatic issue is the transforming energy of playfulness and the imagination that inspires it.

The change – the dramatic change – occurs when a package arrives on the boy’s front porch. It is the boy’s birthday – we know this from the title – and the package he presumes is a birthday present. Tearing off the paper and opening the box, he discovers items from his father – an army cap, some boots, some old photos of himself with his father in happier times. And suddenly, it dawns on us. This is not a birthday present at all, but rather the worldly possessions of the dead father, killed in action, being returned to his family. We also realise that the boy, himself, because of his age and innocence, is unaware of this. As he plops the cap on his head and marches gleefully around in the over-sized boots, we realise he is continuing to play out the meaning of the old idea – the transformation of war into something more playful, more childlike. Then his mother, arriving home from work or shopping, calls out, and we realise what must happen.

Dramatically, the arrival of the mother is the coming catalyst for change that will change everything: the knowledge of his father’s death, the other meaning of the package; and we are left with the unasked, but profoundly felt question, what will the boy do with this part of the war? How is it possible for these objects of his father’s, and what they signify, to be changed – like the spare parts of wrecked fighter planes – into something that transcends pain and destruction? Suddenly, in this unasked question, we come face-to-face with the emotional confrontation that waits so unexpectedly for the boy in the familiar and seemingly benign yet loving form of his mother. And we know – with a sense of growing tension, that the knowledge he is about to receive will change the boy forever.

The wonderful thing about this film, and about all short-form dramatic films that work, is how the story goes on playing itself out in the mind of the audience even after the film has ended. Propelled by the contrast between the original meaning of the film’s thematic idea, and what that idea has come to mean as a result of the change that has taken place, the audience moves past the conclusion of the plot into an untold future, that is the continuing story, enacted in the invisible realm of pure imagination.

Sweet Night Good Heart provides an unusual and pertinent example of the re-contextualisation of the problem.
Posted by Unknown at Monday, October 06, 2008 2 comments: Links to this post