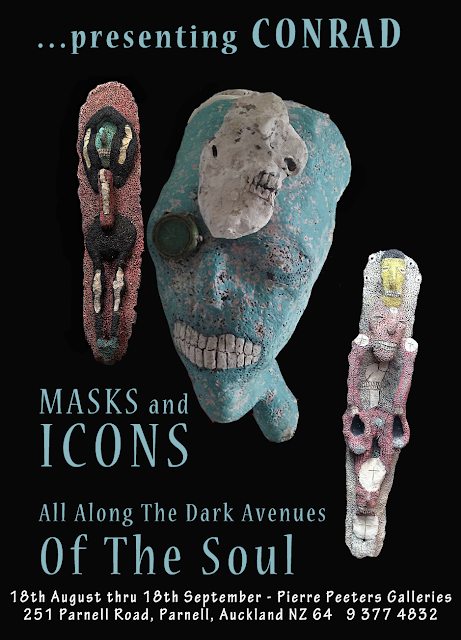 "Conrad's art is never secular; it always conveys a deep tone of mystical or spiritual importance -- of the fundamental, factual, logical nature of such experience. And while this kind of perception is often attributed to 'primitive' non-Western cultures and to polytheistic or animistic religions, and while the modelling of Conrad's figures obviously owes something to Modernist primitivism, Conrad's links are really old European ones. Her art reaches back to a medieval, or Gothic, iconography. In a sense, it returns the recent legacy of Modernist primitivism to a remote European history. It enters that visual language in a medieval drama in which no aspect of life, however domestic, was merely secular -- in which objects of domestic life were imbued with malevolent or benign powers, in which banal characters could be seen as satanic or saintly, in which sexual and religious forces ran back together toward some suppressed, pagan source."